Veterans Day Tribute: Honoring My Look-Alike and Others’ Service in World War I 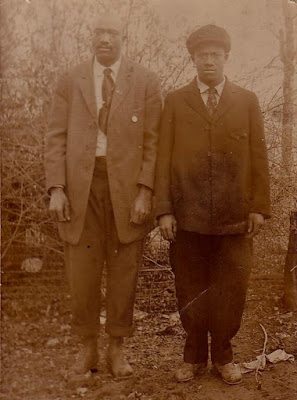 John Wesley Davis & Jessie Franklin Davis - This picture was taken shortly before they were drafted to serve in World War I.

Nonetheless, for Veterans Day this year, on the 100th anniversary of Armistice Day, the end of World War I, I also pay homage to them, who were both World War I veterans. Born on 13 December 1893 and 22 February 1896, respectively, near Como, Mississippi, Uncles John Wesley and Jessie were the first two children born to my great-grandparents, John Hector Davis & Mary Danner Davis. My grandmother, Minnie Davis Reed, was the youngest of their nine children. Great-Grandpa John had four additional children.

Posted by Melvin Collier at 6:38 PM