Trekking the Edwards DNA Trail Back to Ghana 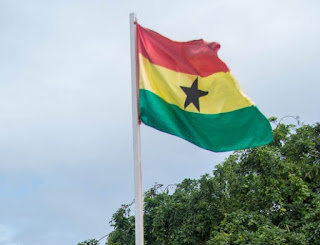 DNA technology is allowing African Americans to gain more insight about their African origins. Fortunately, many Africans are also taking autosomal DNA tests like AncestryDNA, 23andMe, and FTDNA. They are discovering that many African Americans are solid DNA matches – distant cousins. This is not surprising since the African ancestors of people of African descent here in America and in the Caribbean were largely extracted from the West Coast of Africa, stretching from present-day Senegal to Angola, and then also from Mozambique and Madagascar.  These enslaved African ancestors undoubtedly left family members behind in Africa.

When 23andMe examined the DNA of an African man named Kweku of London, England, he was a DNA match to two family members! Kweku reported that his ancestors were born in Accra, Elmina, and Winneba, Ghana. He is from the Akan people. His DNA match to my cousins told us something monumental – that the Edwards Family likely had an ancestor from the present-day region of Ghana!

I first noticed that Kweku was a DNA match to my second cousin, Dr. Leroy Frazier, at 8 cM (0.09%). Cousin Leroy had given me access to his 23andMe account so that I can transfer his raw data file to GEDmatch. At first, I became a little envious to see Kweku among his DNA matches. Many African Americans who take the autosomal DNA tests long to be a match to someone from Africa. However, when I compared Kweku to other known family members in his 23andMe database, I discovered that he also matches another mutual cousin, Dennis Sumlin. My eyes bucked!

I then checked the chromosome browser to see if they matched in the same area on the same chromosome. If so, then both Cousins Leroy and Dennis’ family connection to Kweku is definitely via a common ancestor – one of the parents of Peter and Prince Edwards. Peter was Cousin Dennis’ great-grandfather, and Prince was Cousin Leroy’s great-great-great-grandfather. To my joy, they indeed match in the same area on their chromosome 9. See below. (Leroy and Dennis match each other at 107 cM over 4 segments.)

Kweku vs. Leroy and Dennis

To be sure that this DNA match to Kweku was via an Edwards ancestor, I performed a process called DNA triangulation, where I compared and analyzed the matching chromosome segments of multiple people within one family. Using 23andMe’s chromosome browser, I compared Cousin Leroy to Kweku and four other Edwards descendants – Dennis Sumlin and Brian Edwards (great-grandsons of Peter), and my mother and her sister (great-granddaughters of Prince). Everyone was matching in overlapping segments in this region of their chromosome 9. See below. That means that all six of them share a common ancestor. Since Kweku is from the Akan people of Ghana, our DNA match to him strongly suggests that our Edwards history can claim present-day Ghana as one of our African ancestral homelands! Madagascar is another. See this post about our Madagascar ancestry.

Since Cousin Leroy shares matching DNA segments with Dennis, Brian, Versia, and Eartha, who are all Edwards descendants, from point 75.8 to 129.8 on chromosome 9, he inherited this portion of his chromosome 9 from an Edwards ancestor. Since Kweku matches him and Dennis within this region, Kweku is related via an Edwards ancestor.

Interestingly, oral history collected by Edwards descendant Dr. Jeffrey Ogbar has conveyed that the parents of Peter, Prince, Jerry, and other siblings were an enslaved couple named Luke and “Reedia” Edwards. Family lore claims that Luke, who was born around 1790, was transported to America from West Africa, and he passed down that his African name was "Ogba(r) Ogumba," which was likely an attempted transliteration of "Agba Akumba." Edwards Y-DNA testing with FTDNA has yielded numerous Ghana DNA matches but on a 12-marker level. However, geneticists consider 12-marker matches as inconclusive. DNA scholar Shannon Christmas stated, “The connection to Ghana is only at the 12-marker level; if I saw that at the 37-marker level, then I would find the Ghana connection more conclusive.”

To add, further research findings show that the mother’s name may have actually been Lucy, not Reedia. Perhaps Kweku’s match to the Edwards family is via Grandma Lucy? That possibility has to be considered until we can find further evidence that Kweku is truly related via Grandpa Luke (Ogbar Ogumba). Census data suggests that Grandma Lucy was born in Georgia around 1797. I recently discovered that they had been enslaved by William Edwards Sr. of Panola County, Mississippi, who had died in 1855. William Jr. inherited his father’s plantation. William Sr. had moved to northern Mississippi around 1837 from Henry County, Tennessee. Luke and Lucy are also believed to be the parents of additional children – Harriet Edwards Wilbourn, Luke Edwards Jr., Monroe Edwards, Jerry Edwards, York Edwards, Jeffrey Edwards, and John Edwards. Perhaps an ancestor of Grandma Lucy from the present-day region of Ghana was disembarked onto the shores of America via Charleston, South Carolina or Savannah, Georgia? Hopefully, time, additional genealogy research, and more DNA data will tell.

When William Edwards Sr. wrote his will on November 14, 1855 in Panola County, Mississippi, he left his wife Margaret Edwards five slaves: LUCY, HARRIET, PETER, PRINCE, and JEFFERY. (Source) On the estate inventory, Lucy was given a value of $0. She was probably the 53-year-old female reported in the 1850 Slave Schedule for William Edwards. Interestingly, Peter gave the name Lucy to one of his daughters. Harriet named one of her sons Luke, and Prince named one of his daughters Harriet, who was known as Hattie. Also, both Peter and Prince named one of their sons Jeff. 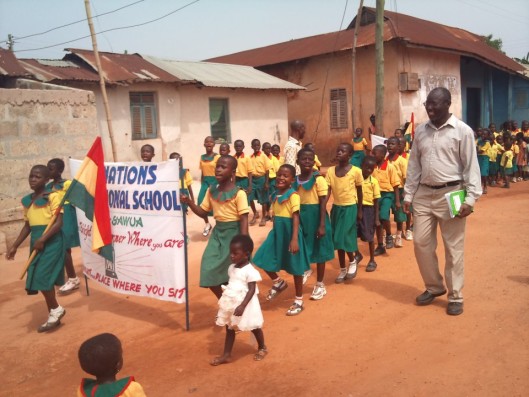 During his trip to Ghana in 2011, Cousin Dr. Leroy Frazier was officially welcomed by Akan children in Kumasi in a grand parade. (Photo by Dr. Leroy Frazier aka Nana Kwame Adebowa Bessanta)
Posted by Melvin Collier at 2:59 PM